Many popular behavioural science books perpetuate the view that our unconscious is hugely influential on our decision making. Evidence suggesting we are unaware of the true causes of our behaviour is used to support such ideas, leading some to claim that conscious thought has little or no influence on behaviour at all.

In part one of this blog, I suggested the reasons underlying decision making are accessible to conscious awareness, so long as appropriate measures are used at the right time. In part two of this blog, I will (attempt) to evaluate the bigger claim – that it’s our unconscious which causes behaviour.  I come to two conclusions:

Does our unconscious cause our behaviour?

Some argue the inaccessibility of the true reasons underlying decision-making is because the causal role of conscious thought has been vastly overstated. Psychologist Daniel Wegner claims all decisions are caused by the unconscious which simultaneously produces an illusion of conscious will that has no causal power . 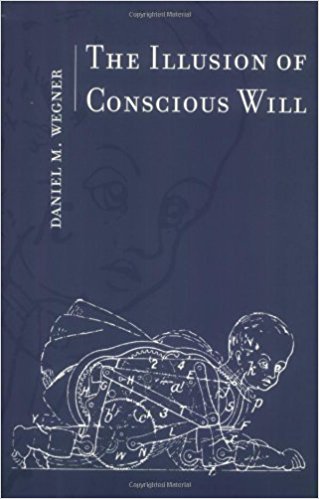 As well as his own research, Wegner bases much of his claim on Libet and colleagues’ classic 1983 research. Here, participants were asked to make an arbitrary finger movement while watching a clock and having their brain activity recorded. Following the finger movement, participants reported the time on the clock when they first felt the ‘urge’ to move.  The results show brain activity 500 milliseconds before the reported ‘urge’ to move.  Neural activity occurring before the reported conscious intention was widely interpreted as evidence of the unconscious causing the movement.

Standard interpretations assume the urge to move and reporting the urge to move happen almost immediately. In contrast, other accounts suggest the increased brain activity (prior to the reported urge) reflects participants’ processing of: (i) the decision when to move or (ii) related aspects of the task, e.g. looking at the time.

This evidence could be interpreted as supporting the argument that consciousness plays a causal role in decision making!  More widely, can we really generalise from Libet and other Libet-paradigm evidence involving arbitrary motor movements to the more meaningful, deliberative decisions made in real life – like what school should I send my son to? No.

There’s a second reason why I find it difficult to believe consciousness plays no causal role in our decision making. How would Wegner (and others in this camp) explain the wealth of experimental evidence on mental simulation and practice; goal setting and planning; implementation intentions etc.? All of these phenomena  demonstrate the causal role conscious thoughts have on decisions (see Baumeister et al. (2011).

Thirdly, as Magda Osman points out, if our conscious mind plays no role in decision-making and planning, why did evolution not select it out?

But this evidence doesn’t rule out the unconscious all together.

Automatic processes and routine decisions like walking the stairs or driving are examples of where the involvement of unconscious influences is unclear and difficult to (dis) prove either way.  For example, without conscious deliberation I automatically lock my door everyday when I leave the house. Some days I reach the end of the road and cannot remember if I locked my door; the 5 minute delay has wiped it from conscious memory. Newell & Shanks’ criteria would not detect any unconscious influence: if you had asked me if I’d locked my door immediately after locking my door I would say yes.

This example raises several questions. Are Newell & Shanks criteria too strict for detecting unconscious influences? Even though (often distal) intentions guide our habitual/routine decisions, must they be ‘report-level’ conscious as philosopher Albert Mele argues? Is focusing on whether a decision is caused consciously or unconsciously a false dichotomy if behaviour is caused by both processes?

The challenge with dichotomizing consciousness is now recognised in (some) dual process theories (DPT) – aka ‘System One and System Two’ – the dominant model of judgement and decision making used in applied settings e.g. policy, marketing[1].

DPT posit the way we think, reason, decide and learn can be characterised according to two, qualitatively distinct systems arising from separate cognitive mechanisms. System 1 processing is implicit, unconscious, fast and inaccessible to self-report. System 2 processing is explicit, conscious, analytical and rule-based, generating responses more slowly and accompanied by awareness .  The Nisbett & Wilson research referenced in part one of this blog is used to support DPT.

But other evidence referenced (Lagnado & Newell, 2006; Speekenbrink & Shanks, 2010) is inconsistent with DPT, which predict a dissociation between explicit and implicit measures. Critics of DPT (Osman, 2004, 2013; Schul & Keren, 2009) note similar inconsistences between empirical evidence and DPT, arguing that single process models provide a more parsimonious explanation and better fit of the data. Factors used to distinguish between the systems (e.g. judgmental speed, consciousness) are argued to be continuous rather than binary. The implication is that the way we think may be more accurately described by quantitative differences rather than qualitatively distinct processes.

Some prominent DPT theory-ists now claim differentiating the two systems on the basis of conscious/unconscious decision-making is “highly problematic on account of both vague and disputable definitions of consciousness and the observation that both System 1 and 2 processing can have conscious and non-conscious aspects” (Evans & Stanovich, 2013, p. 227).

Part of the problem is the lack of a single, agreed account of consciousness and its relationship to unconscious processes. For example, Baars’ (2005) Global Workspace Theory proposes the brain is comprised of specialised information-processing modules which ‘compete’ for the spotlight of attention (p. 2). Events in the attentional spotlight are conscious; those outside are unconscious. In contrast, Tononi’s (2004) Information Integration Theory proposes that “consciousness is not an all-or-none property, but graded” (p.19).

Summing it all up

Behavioural science for humans. View all posts by alexchesterfield